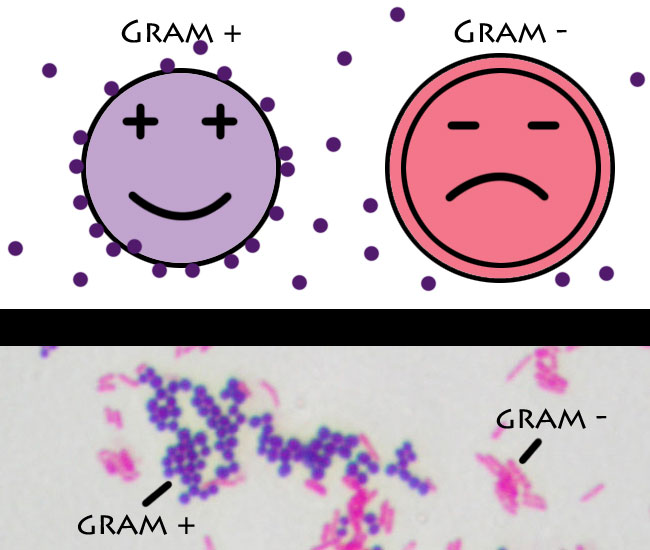 To understand gram staining you must be familiar with the structure of the bacteria they are used on. Gram positive bacteria have a single thick  cell wall made of peptidoglycan (50-90% of cell wall). This thick wall stains purple and remains purple throughout the gram staining test.

The Reagents of Gram Staining

Now that you know the structure of most gram positive and gram negative bacteria, we can talk about the gram staining procedure. Gram staining is a 4 step process that is supposed to group most bacteria into 2 categories based on their outer membrane.

Read the 4 steps and play the mini-game below to learn about gram staining. Yes a video game!