What are Eukaryotic Cells Simplified

Understanding the Basics of Eukaryotic Cells

The DNA of all eukaryotic  cells are in the nucleus, which is an example of an organelle. Organelles are the “organs” of the eukaryotic cell; they play have specific roles in how cells work just like organs help the body to function properly. Organelles compartmentalize the various functions a cell needs to survive. For example, protein synthesis and protein breakdown occur in different parts of the cell.

Overview of Plant and Animal Cells 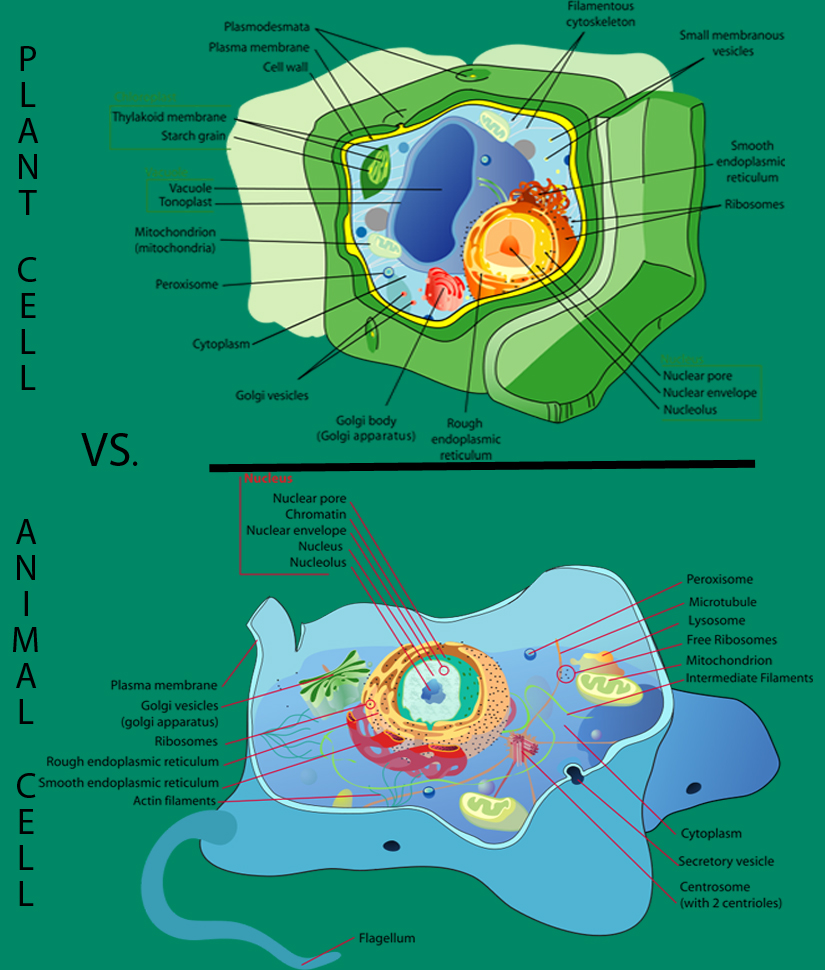 In plants, the central vacuole is a membrane enclosed space in the center of the cell, and is filled with water. This vacuole often the largest structure inside the cell and keeps the plant rigid.

Have you ever wondered why a plant wilts when it isn’t watered? There is not enough water in the central vacuole to keep the plant upright.

The cell wall is the rigid outermost cell layer found in plants. In plants, the cell wall is made up of cellulose, and is crucial to cell function.  Animal cells do not have a cell wall.

Parts that are in the same in Plant & Animal Cells