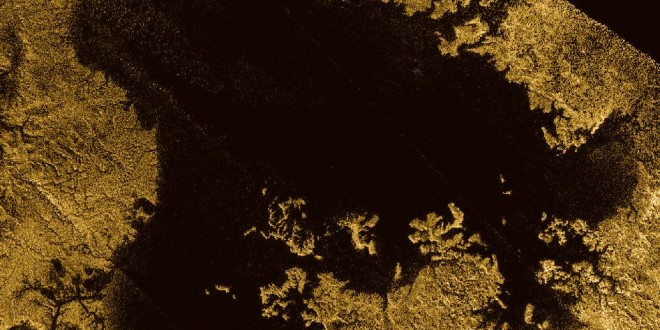 Titan is one of the top locations for possible alien life in our solar system. Not only does it have large seas and rivers  (although not made of water), Titan has a very active weather cycle that might turn violet pretty soon.

According to NASA, “Saturn’s moon Titan might be in for some wild weather as it heads into its spring and summer, if two new models are correct. Scientists think that as the seasons change in Titan’s northern hemisphere, waves could ripple across the moon’s hydrocarbon seas, and hurricanes could begin to swirl over these areas, too. ”

What Would Cause A Hurricane?

For a hurricane to form on Titan a few conditions must be met that are similar to the formation of hurricanes on Earth.

For more information, see the original article released by NASA.