There is always a constant debate about how men and women’s brains work. After reading this article, there should be a clear consensus as to how both sides work, and show that there are advantages to both genders.

The largest “elephant in the room” is that women are smarter than men & vice-versa. Scientifically, intelligence has not been defined. To address this issue, intelligence weighs heavily on matters such as genetics, learning environment, your training etc. Men have 10%-12% larger brains, but this doesn’t make them smarter. Rather, science believes the reason for the increased brain mass is that men need more neurons to control their greater muscle mass and larger body size.

The human brain is comprised of a number of different regions. Each of these regions are vitally important with highly specialized functions. The brain is roughly divided into three parts which include the following:

In regards to this article, let’s focus specifically on the mid-brain. This region of the brain is responsible for vision, hearing, temperature control, motor control and alertness. The midbrain includes a limbic system which lies above the brain stem and under the cortex. It consists of a number of interrelated structures that regulate temperature control, hormones and emotions. The limbic system also deals with long term memory.

More importantly, the limbic system includes the hypothalamus; which regulates emergency responses such as the “fight or flight” response, as well as non-emergency vital processes such as feeding and reproduction. The hypothalamus also controls the release of hormones. The hypothalamus controls some of the basic functions of life including hormonal activity via the pituitary gland.

The hypothalamus is an area of the brain that produces hormones that control: 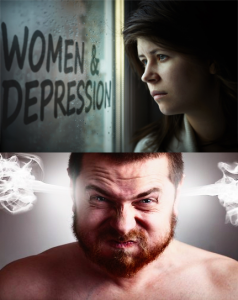 Emotions & Reactions to Stress Women typically have a larger deep limbic system than men, which allows them to be more in touch with their feelings and better able to express them, which promotes bonding with others. Because of this ability to connect, more women serve as caregivers for children. The down side to this larger deep limbic system is that it also opens women up to depression, especially during times of hormonal shifts such as after childbirth or during a woman’s menstrual cycle.

Men tend to have a “fight or flight” response to stressful situations while women seem to approach these situations with taking care of themselves and their children and/or forming strong group bonds.  The reason for these different reactions to stress is rooted in hormones. The hormone oxytocin is released during stress in everyone. However, estrogen tends to enhance oxytocin resulting in calming and nurturing feelings whereas testosterone, which men produce in high levels during stress, reduces the effects of oxytocin.

Some more differences between male and female hypothalamus:

Researchers at the University of Pennsylvania have found striking differences in how men’s and women’s brains are wired. A study was conducted that included 1,000 young people ranging from ages 8 to 22 and revealed small differences between girls and boys before puberty that became larger at around age 12 or 13.

This pattern remained throughout adulthood, showing that the women’s brains were wired to better integrate emotion and reason, while the  men’s brains had stronger links between coordinated action and perception. For men, this means their brains are more highly connected from front to back within the left and right hemisphere, so perceptual and action-focused areas show stronger networks of the connectome. Women’s brains have more left to right wiring, strengthening the connections between intuitive and emotional regions involved in rationality and planning.

To further understand this, lets take a short look at connectomes. A connectome is a comprehensive map of neural connections in the brain.

Many believe that learning ability is most heavily influenced by our up-bringing and/or environmental stimuli. For others, it’s believed that are learning ability is directly connected to the ways our brains are structured at birth. An area of the brain known as the inferior-parietal lobule (IPL) is typically significantly larger in men, especially on the left side, than in women. This section of the brain is thought to control mental mathematical ability, and probably explains why men frequently 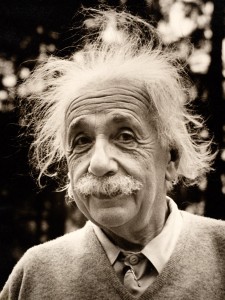 perform higher in mathematical tasks than do women.Interestingly, this is the same area of Einstein’s brain that was discovered to be abnormally large.

Sandra Witelson, neuroscientist and professor at McGill University, had the opportunity to study pieces of Einstein’s brain, and she found its unique structure to be a sort of confirmation that some brain differences simply can’t be explained with social or environmental reasons. This may help to explain why we don’t have many Einsteins running around. And when it comes to the stereotype of women under-performing at  physics and math, that may just come down to slight differences in the brain as well. A strong possibility is that girls and boys brains develop at different rates.

Today’s gender gap in education often focuses on the advantage males have over females in science and math, but fails to recognize the falling behind of males to 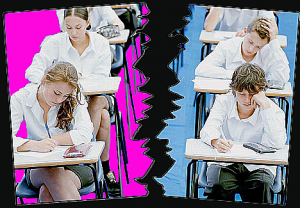 females in literacy. In fact, the latest national test scores, collected by the NAEP assessment, show that girls have met or exceeded the reading performance of boys at all age levels. The literacy gap in fourth grade is equivalent to males being developmentally two years behind the average girl in reading and writing. At the middle school level, statistics from the Educational Testing Service show that the gap between eight-grade males and females is more than six times greater than the differences in mathematical reasoning, mathematical reasoning favoring males.

Females have the advantage in their left hemisphere with speaking, reading and writing. Their right hemisphere allows females to feel empathy and to better understand and reflect on their feelings and the feelings of others. Both hemispheres are actively contributing to necessary literacy practices. On the other hand, boys use their left hemisphere to recall facts and rules and to categorize, while their right-hemisphere is used with visual-spatial and visual-motor skills, which enables them to excel in topics like geography, science, and math. 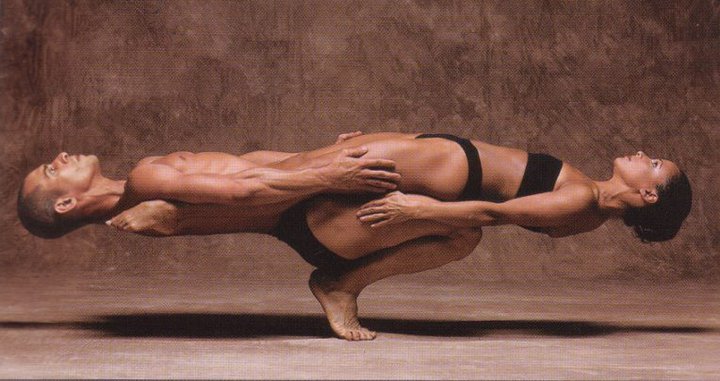 As we can see, there are uncountable differences in the way the genders’ brains are structured and how they operate. Before there can be a sure answer to why our brains work this way, scientists must develop and analyze more research. Ironically enough, it seems as if men and womens brains are actually made differently to compliment each other. How fascinating, that from our appearances to the cores of our brains, Yin and Yang are in effect.

Quite Simply…. What is Ganoderma? Ganoderma is the name of the fungus Ganoderma lucidum. It is …